The key points of the Levelling-Up White Paper

The government finally unveiled its Levelling-Up white paper recently and we got to see more specifics of its overall aim to increase prosperity and quality of living in the country.

What’s clear is that the private rental market is set for a major shake-up in the coming months and years. You can read the Levelling-Up White Paper in full on the government website here.

In this 'State of play' we wanted to take a closer look at the Levelling Up reforms that will be of most interest to landlords.

Spearheading the reforms is the introduction of a new minimum standard for properties in the private rental sector called the Decent Homes Standard.

As yet, what this new will mean has not been made public. However, using the definition of previous standards, it's possible to get a clearer picture of what it might build upon. Traditionally, a home is considered ‘decent’ if it doesn’t have one or more serious category-one hazards, and is required to be in a “reasonable state of repair”.

Elsewhere, the government plans to build what it calls “a more genuinely affordable social housing" - to help rejuvenate areas of the country that have fallen behind.

The government's Levelling-Up White paper's specific, nationwide goals have been laid out via the following 12 Missions:

1. By 2030, pay, employment and productivity will have risen in every area of the UK, with each containing a globally competitive city, with the gap between the top performing and other areas closing.

2. By 2030, domestic public investment in Research & Development outside the Greater South East will increase by at least 40% and at least one third over the Spending Review period, with that additional government funding seeking to leverage at least twice as much private sector investment over the long term to stimulate innovation and productivity growth.

3. By 2030, local public transport connectivity across the country will be significantly closer to the standards of London, with improved services, simpler fares and integrated ticketing.

4. By 2030, the UK will have nationwide gigabit-capable broadband and 4G coverage, with 5G coverage for the majority of the population. 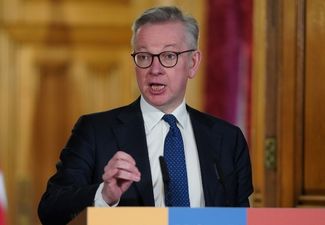 7. By 2030, the gap in Healthy Life Expectancy (HLE) between local areas where it is highest and lowest will have narrowed, and by 2035 HLE will rise by 5 years.

8. By 2030, well-being will have improved in every area of the UK, with the gap between top performing and other areas closing.

9. By 2030, pride in place, such as people’s satisfaction with their town centre and engagement in local culture and community, will have risen in every area of the UK, with the gap between the top performing and other areas closing.

10. By 2030, renters will have a secure path to ownership with the number of first-time buyers increasing in all areas; and the government’s ambition is for the number of non-decent rented homes to have fallen by 50%, with the biggest improvements in the lowest performing areas.

11. By 2030, homicide, serious violence, and neighbourhood crime will have fallen, focused on the worst-affected areas.

12. By 2030, every part of England that wants one will have a devolution deal with powers at or approaching the highest level of devolution and a simplified, long-term funding settlement.

The biggest change for landlords in the white paper is the abolishment of ‘no fault’ Section 21 evictions, significantly reducing the powers landlords currently have.

Under current Section 21 eviction laws, landlords can give tenants eight-weeks’ notice to leave a property after a fixed-term contract ends.

The new legislation would create open-ended tenancies, with landlords being required to provide a “concrete, evidenced reason” for bringing the tenancy to an end.

No specific dates on the abolition of Section 21 have yet been made, but it is expected to be a slow and protracted process, so look out for future guidance and official information regarding this from the Sky Blue Homes team as and when.

And don’t forget, the Sky Blue Homes team is always on hand to help and answer your questions, whatever they be. Just call, This email address is being protected from spambots. You need JavaScript enabled to view it. or use the contact form on the website to get in touch with us.